How the right virtual care model can improve outcomes for patients Explore
How can we deliver quality aged care? Explore

How the right virtual care model can improve outcomes for patients Full content
How can we deliver quality aged care? Full content

If Wayne Gretzky is Canada’s legend on ice, then Steven Bradbury is Australia’s.

Bradbury was the first Australian athlete to win gold at a Winter Olympics. The event was the men’s 1000m speed skating at the 2002 Games in Salt Lake City. Reaching the final with a big dose of luck, Bradbury was realistic about his chances. The only viable strategy was a potential crash, given the pressure on his competitors. He executed a wait-and-see strategy.

The rest is history: Bradbury won after all his opponents were caught in a pile-up on the last corner. “Doing a Bradbury” – to win by accident – is now a universal Australian idiom.

Which brings us to international education. The latest figures from Statistics Canada show a 15.5 per cent increase in international student numbers in 2017-18, continuing year-on-year double-digit growth. This growth has come amid stagnant domestic student enrolments, like in many developed countries. As a result, international students are rapidly rising as a proportion of the student population.

It is easy to assume that, given the United Kingdom and the United States have been less welcoming, Canada’s growth has benefited from others’ misfortune – “Doing a Bradbury”. The reality is that Canada is actually being Gretzky – its good fortune is its own making.

International education markets have been turned on their heads by COVID-19. Notwithstanding the tumult, it is fitting to reflect on Canada’s recent performance in international education, and highlight the potential threats learned from experiences in Australia and the UK.

Canada’s success is driven by at least four factors

While the implications of COVID-19 for international education are still unclear, our analysis identified four factors that led to Canada’s recent strength and are worthy of reflection.

These strengths have contributed to Canada’s powerhouse performance; by the end of 2017 it surpassed the international student target (450,000) it had set for 2022. All the same, three major threats are on the horizon and need to be carefully managed, particularly in the context of COVID-19.

Institutions that have grown the strongest tend to have a greater focus on either Chinese or South Asian students, while those that have a more balanced profile tend to not have grown as much.

The Australian evidence prompts the question – can Canadian universities achieve growth that is both strong and diversified?

There is evidence this concentration and polarization is playing out in Canada. Growth in Canadian higher education has been driven by China and India – 60 per cent of the net increase from 2010 to 2016 came from those two countries. Some 45 per cent of international students in Canada are from China or India (up from 33 per cent) – similar to Australia’s 48 per cent. For many institutions, a focus on China or India has been the price for rapid enrolment growth.

In the same way that Sydney and Melbourne attracted the lion’s share of international students in Australia, Toronto and Vancouver are the destinations of choice in Canada by a wide margin.

Axiom 1: There will always be a link between study and migration – even if only in the minds of prospective students.

Axiom 2: There is an inherent conflict between increasing the size of the international education sector and reducing the risk to integrity of migration controls.

To deflate the bubble in international student enrolments that emerged on the basis of Axiom 1, Australia decoupled study from migration outcomes and introduced more generous post-study work rights. But over time, these connections re-emerge in different ways, due to Axiom 2.

Notwithstanding recent changes in the UK and Australia, Canada has the most favourable migration settings, including post-study work and transition to residence, reflecting the government positioning Canada as a front-door migration destination for international students.

However, new reports in Canada and Australia show the risks of over-promising and under-delivering on temporary and permanent migration. Canada has faced congestion – the strong growth in international students has outpaced places for permanent residence under fast-track programs.

Experts in immigration policy say that governments earn permission for a larger migrant intake by demonstrating that they are tough on border control. As Axiom 2 suggests, countries in the race to offer more and more attractive post-study migration options eventually become victims of their own success.

Canada appears to be moving into a phase in which negative public sentiment will force the government to take a less favourable post-study migration stance. One hope for Canada is that governments quickly deal with non-genuine students and providers, winning back public trust.

Threat 3: Turning on taps after COVID-19

Universities, colleges and schools have two strategies to grow international student recruitment: the immediacy of ‘turning on taps’ and the longevity of ‘digging wells’.

Expect it to deliver concentrated short-term growth and market share.

It can deliver diversified long-term value propositions for all parties.

All institutions need to be effective at turning on taps, but this needs to be balanced against the longer-term investments of digging wells. Actions can include product-led strategies built on leadership and course architecture; target investment to improve student experience; and seeking value and yield (as opposed to enrolments and market share).

With global mobility curtailed during the COVID-19 pandemic, institutions risk addressing the immediate recruitment shortfall by turning on taps. For institutions that have not invested in digging wells, a tap may be all that is available.

What it will take for Canada to continue to be Gretzky

In the international education race, the extent to which it is Gretzky will be evident in how it navigates the disruption of COVID-19.

Canada has much to offer, but this does not mean every institution has achieved peak performance through effective strategy, operational competence and targeted investment. Many institutions have simply benefitted from the momentum of Team Canada and will need to become much more diligent at digging wells and turning on taps.

No hockey player has come close to Wayne Gretzky’s record of achievement. Two days after Steven Bradbury earnt himself a place in Australian sporting folklore, Gretzky, then Executive Director of Team Canada, delivered a message:

“We respect every team we play. We don't dislike them. Maybe when we start to dislike them, we play better. I don't think we dislike these countries as much as they hate us and that's a fact. They don't like us. They want to see us fail. They love beating us. And we've got to get the same feeling toward them.”

Fighting words by the Great One himself.

Get in touch to discuss how Nous Group has help your institution shape its international educations strategy.

Connect with Tim Kennedy and Sophie O'Connor on LinkedIn. 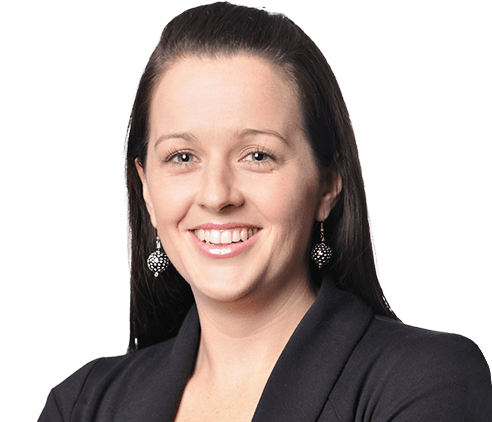 Principal
Sophie is expert in strategy, business transformation and public policy. She works with private and public sector clients to understand their requirements and develop innovative and lasting solutions.
LATEST INSIGHTS
VIEW ALL

This website uses cookies to improve your experience while you navigate through the website. Out of these, the cookies that are categorized as necessary are stored on your browser as they are essential for the working of basic functionalities of the website. We also use third-party cookies that help us analyze and understand how you use this website. These cookies will be stored in your browser only with your consent. You also have the option to opt-out of these cookies. But opting out of some of these cookies may affect your browsing experience.
Necessary Always Enabled
Necessary cookies are absolutely essential for the website to function properly. This category only includes cookies that ensures basic functionalities and security features of the website. These cookies do not store any personal information.
Analytics
These cookies enable Nous Group to measure and report on website traffic, user location, and how visitors traverse the Nous Group website. These cookies do not directly identify the visitor.
Marketing
These cookies may be set by third parties and assist us in providing you targeted advertising or marketing, and track the effectiveness of those activities. If you do not allow these cookies, you will experience less targeted advertising and marketing.
SAVE & ACCEPT