Organisational design for a bold food and agriculture plan

A state government department announced a new plan to help the food and agriculture sector capture the opportunities of a growing Asian market. This plan included $20m in new investment for various trade and investment, biosecurity and research initiatives. The department sought Nous’ support on how best to set up a new Trade and Investment division to drive the plan and take on responsibilities previously dispersed over other departments.

Nous first sought to unpack the operating environment for the new division via workshops and one-on-one stakeholder interviews, including engaging with departments that previously had responsibility for areas now to be taken over by the new division. From this we identified the new capabilities required to manage an expanded set of responsibilities and the best organisation design and operating arrangements to meet the government's goals. We tested this further with the department and supported it to socialise the proposals to gain consensus for the way forward.

We accelerated progress by unifying stakeholders behind a clear design

The new division was able to show central agencies how they would achieve the objectives of the government's high-profile plan and their specific actions for the next six months. This included their new structure, workforce planning implications and how they would manage their new functions in partnership with other areas of government. They were applauded for having made such quick progress and clarifying responsibilities in an area that had long had confusing and sometimes overlapping activity.

What other organisations can learn 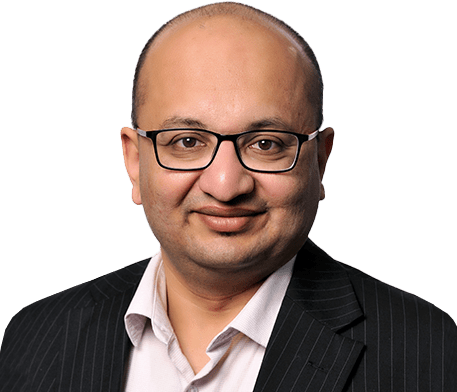 Principal
Sudipto is a strategy and transformation advisor with 20 years of experience advising public and private organisations in customer and technology strategy, tech-enabled transformation and performance improvement.
EXPLORE OUR WORK
VIEW ALL