Seven Nous representatives from across Australia, including three from our new Darwin office, had the privilege of attending the 2019 Garma Festival, hosted by the Yolngu people in Arnhem Land in early August.

‘Garma’ is a Yolngu term for a public ceremony in which different cultural groups generate and exchange knowledge.

In this spirit, the Garma Festival is a vibrant celebration of Yolngu culture, bringing together leaders and people from communities, governments, businesses and other spheres to discuss pressing issues affecting Aboriginal and Torres Strait Islander Australians.

Nous’ strong presence at the event reflected our desire to learn and strengthen our relationships, and allowed us to hear from leading thinkers on the successes and challenges for Indigenous people today.

Emma White, a Principal in Nous’ Broome and Darwin offices, was thankful for the openness and generosity with which the Yolngu people shared their cultural, artistic and ceremonial traditions.

“Generous sharing by Yolngu and other Aboriginal and Torres Strait Islander people and organisations anchored us all in straight and honest talking, deep listening and learning, and a sharp focus on the future,” she said. “I left with renewed sense of responsibility and desire to contribute to a better Australia through supporting systemic reform.”

At the Garma Festival, speakers talked about the need for greater Indigenous control over support programs, with Aboriginal and Torres Strait Islander people at the table as equal partners, not as invited guests. With some governments formalising local decision-making, Garma participants were reminded that Indigenous communities have been making decisions on matters that affect them for thousands of years, giving them deep capability and experience.

Veevek Doolabh, a Senior Consultant in the Nous Darwin office, said the consensus at Garma on the need for partnerships with Indigenous communities resonated with Nous’ preferred approach to stakeholder engagement.

“As consultants, we have an important responsibility to help build respectful and productive relationships between government and local communities through enduring partnerships, instead of one-off consultation on specific issues,” he said.

Attendees heard success stories demonstrating the resilience and creativity of Aboriginal and Torres Strait Islander Australians and people working with them. These inspiring stories included teachers in remote Arnhem Land communities implementing trauma-informed practices in classrooms, and world-class furniture made by remote communities being exhibited in Milan.

“My highlight was hearing from an interesting mix of people, ranging from community leaders to service providers and representatives from the Australian and Northern Territory governments and public services,” he said.

A treaty and Indigenous voice to Parliament were also major topics of conversation, with many participants debating the forms these could take and the pathway toward achieving them.

Topics also included economic development of remote communities, with a desire to create sustainable employment opportunities, and support for Indigenous culture, including promoting interest in Indigenous languages to ensure they are preserved for the next generation. 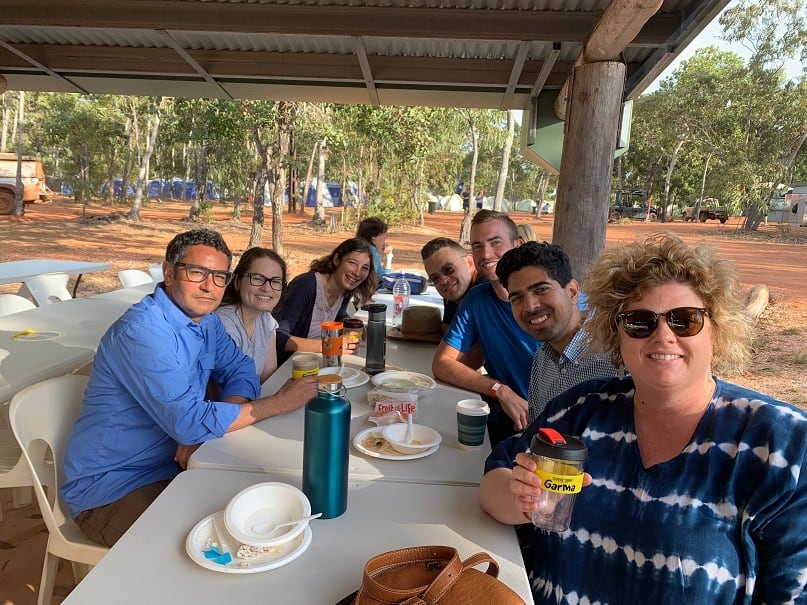