When stereotypes are broken, African Australians can thrive in the corporate world

Many black Australians are high-performing in sports, classrooms, and in the workforce. But the majority spend long periods in entry-level roles, reinforcing perceptions that we are unable to be trusted at the next level. There is a problem of black professionals being unable to rise up the corporate ladder.

When the media, the corporate world and the Australian public think of their black community, they go beyond the world of sports, fashion and crime. Let’s collectively break this curse and start thinking of young African Australians as the potential CEOs and board directors of ASX-listed companies.

The selection of four African-born players into the Socceroos squad is another example of African youth’s meteoric rise and success across all sports, both overseas, and in the AFL, NBL and A-League in this country.

When the Socceroos played France on Tuesday morning, I was on my feet with excitement when Awer Mabil and Garang Kuol were subbed on in the 70th minute.

Yet while the stories of these young men are great for Australian sport and national pride, they also reinforce a stereotype that I have seen throughout my working life. Too often, African Australians are viewed as good only in sports and not in the corporate world. At the polar extremes of this view, most black males are viewed as either sportsmen or criminals.

Many African Australian working professionals are tired of these assumptions. I am a graduate of an Ivy League university in the US and a Fulbright scholar, yet I have lost count of the number of times people in the workplace have assumed that because I am 190 centimetres tall, I must be a basketball player.

Only a tiny minority of us are professional athletes. Most of us pick up our bags and lunches and head into offices, school and university classrooms and worksites like the rest of the country.

Many black Australians are high-performing in sports, classrooms, and in the workforce. But the vast majority spend long periods in entry-level roles, reinforcing perceptions that we are incompetent and unable to be trusted at the next level.

Our sports players are quickly thrust into key positions, which shows belief in our ability to perform. Yet in traditional corporate roles, most black workers endure years of frustration, which leads them to move from job to job. I am not suggesting they are unfairly managed, but there is a real problem of black professionals being unable to rise up the corporate ladder.

One cause of these perceptions, I believe, is that most Australian media coverage of young Africans focuses on sport, modelling or crime. While these stories should be covered, they paint a very narrow picture, and fail to see thriving youth in other fields.

For example, the story of Lorna Deng and Betty Othow, Co-Founders of DivTal, an online job platform that connects employers to job candidates from underrepresented minority backgrounds, is much less likely to make the headlines than if they were walking down the runway in Melbourne Fashion Week.

Similarly, few Australians know about the African Australian Inclusion Program at the National Australia Bank. Over six months, participants are provided with an entry-level salary, cultural awareness training, a coach and a mentor. Eighty percent of more than 160 graduates of the program have gone on to find desirable jobs at the bank and other corporations.

The stereotypes become more potent and dangerous in the corporate sector, where the competition is fierce. While I have been lucky to work in a workplace where I have thrived, some of my peers have not been that fortunate. Many attribute their failure to rise to perceptions of them held by their managers and colleagues. We are likely to be viewed as a Diversity and Inclusion hire rather than as a skilled professional.

For these reasons, it is important that when the media, the corporate world and the Australian public think of the black community, they go beyond the world of sports, fashion and crime. Let’s collectively break this curse and start thinking of young African Australians as the potential CEOs and board directors of ASX-listed companies.

This article was first published in The Age on 26 November 2022.

Connect with John Kuot on LinkedIn. 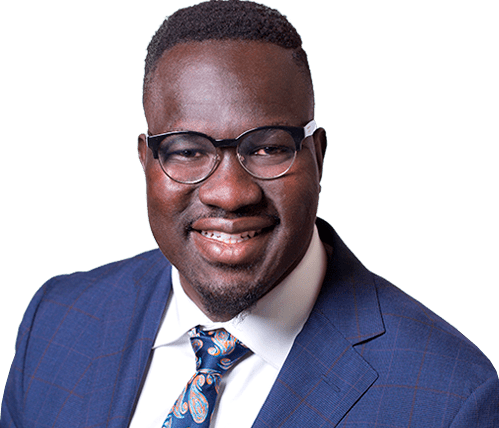 Manager
John has more than 10 years of operational and technical experience across marketing, banking and public administration.
LATEST INSIGHTS
VIEW ALL