What does it mean to be an effective regulator in today's Australia?

What does it mean to be an effective regulator that meets the needs of the government and the community?

Regulatory agencies occupy a unique position in government. They exercise substantial powers as one of the more direct means by which laws are translated into tangible changes to the market and to society. However, they also serve as a ‘face’ for government’s authority, and are therefore subject to the demands and complaints of the organisations and people with whom they engage.

Regulatory successes – if they are noticed at all – are often observed only as the continuation of a safe and stable society; whereas failures often draw disproportionate criticism. This response disparity continues to grow, along with opposition to ‘red tape’ and scrutiny of government and regulators on traditional and social media platforms.

Nous captured insights across a series of forums we hosted with senior Australian regulators and distilled them into three key ‘features’ of an effective, contemporary, regulator:

Each of these principles is considered in greater detail below.

Increasingly rapid industry change means regulators must monitor perceptions and appropriately tailor their activities. For example, evolutions in financial services and ‘ride sharing’ have transformed entire industries within three years, such that public expectations regarding ‘effective’ regulation have also rapidly changed. Regulators must pay close attention to such changes to ensure they invest their scarce resources most effectively.

Regulators rely on the community’s trust and support. A regulator’s delivery of an objectively beneficial outcome can be undermined if it does not satisfy the community’s idea of how they should have acted. Therefore, regulators must closely attend to and engage with public commentary.

Social media provides a great channel for this – but also a significant source of conflicting interests, and requires substantial time investment for effective management. Yet such engagement is increasingly expected and therefore necessary for a regulator to maintain its reputation and authority.

Indeed, financial regulation was previously focused on understanding the law, which meant that an organisation like the Australian Securities and Investment Commission (ASIC) could function effectively with a workforce primarily composed of lawyers. Now the ‘digitisation’ of the financial sector and the rise of ‘fintech’ start-ups means that data analysis and quantitative skills are far more important. Organisations like ASIC have therefore have had to rapidly stand up appropriate skills to engage with the new, data-heavy environments that they regulate.

New challenges from technology and disruption also require regulators’ powers to be applied in new ways. For example, the growth in consumer financial products, such as short-term loans and commissions on them, has resulted in more consumer complaints. This has in turn resulted in regulators like ASIC having to address more minor issues than they may have once contemplated.

The challenge is therefore to manage expectations and build public support. This can be particularly difficult when the pace of change, and the lack of appropriate tools, makes some interventions taken by regulators seem inadequate.

A regulator must be prepared to take a risk and mount a potentially unsuccessful challenge to advance its agenda. But it is only when a regulator’s staff feel supported by their leaders to pursue uncertain options, and protected from the consequences of failure, that significant changes in regulatory practice and outcomes can occur, and a regulator can build its reputation.

For example, the Australian Competition and Consumer Commission suggested that its staff should feel confident about bringing proceedings, even when the outcomes are uncertain; eventually empowering more staff to take such risks. Further, the Australian Transaction Reports and Analysis Centre’s recent proceedings against Tabcorp, which it pursued all the way to judgment rather than settling out of court, demonstrated the regulator’s commitment to outcomes and thereby substantially raised its profile and prestige. This was in stark contrast to its former reputation of being unwilling to aggressively enforce certain aspects of its mandate.

Effective regulation sits at a nexus between a contemporary approach and willingness to take action. If a regulator’s staff are not appropriately skilled to manage current problems, or do not understand the public’s needs; it won’t be able to meet the regulatory landscape’s challenges. However, even the most contemporary and engaged regulator will paradoxically still fail if it isn’t willing to risk failure to enforce its regulations’ letter and intent. And ultimately, regulation is about changing behaviour to ensure compliance. As long as this overall goal is achieved, the path taken does not have to be perfectly successful.

Get in touch for more information. 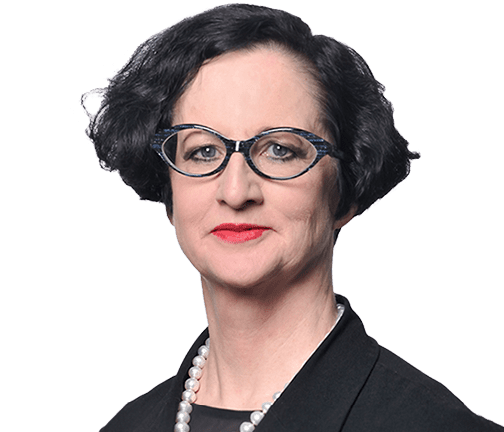