How to effectively use machine learning to implement public policy

Machine learning, and the related but broader concept of ‘artificial intelligence’, sound magical on first encounter. But look more closely and you will see there is no magic.

Machine learning uses sophisticated algorithms and computing power to detect patterns in large amounts of data. This pattern detection is done in a continual, iterative way that allows the machine to ‘learn’ and make predictions about the future.

Unfortunately, the use of machine learning in a public policy context is a high stakes game and not without its challenges; namely:

To mitigate these challenges, we recommend policy-makers apply the following five steps:

1. Determine if the decision is appropriate for machine learning

Machine learning models are ‘trained’ using what is referred to as ‘labelled data’. This is a historical data set that is used by the model to start making future predictions. Training data can contain implicit or explicit human bias. For example, in the context of bail decisions, historical data may reflect racial biases by human decision makers. To overcome this, policy makers should use their nuanced understanding of the ‘labelled-data’ to highlight potential pitfalls of its application as machine learning training data.

3. Monitor the outputs of models for bias and accuracy

The development of a model represents the beginning of the application of machine learning, not the end. Policy-makers must closely monitor outputs to determine whether the machine learning model is working as intended.

This monitoring process should include testing the model with ‘unseen’ data. A practical way to do this is to withhold a ‘test set’ of data during the build phase so it can be used later for evaluation. When testing, policy-makers should be clear on the relative importance of false negatives versus false positives. The computer that developed the model, and potentially the project team, will be indifferent to error type. But in reality, the consequences of a false negative (such as someone released on bail) may be much more significant than a false positive (such as someone held on bail who may not have reoffended).

Once operationalised, policy-makers should create a system for ongoing monitoring. A model may be accurate initially but decline in accuracy over time. Ongoing monitoring will allow the team to adjust the model to reflect changes in the external environment and human behaviour over time.

4. Assess the trade-off between explicability and prediction power

The best model for prediction may not be the easiest to understand or explain. There can be an inverse relationship between the explicability of a machine learning model and its predictive power.  A simple linear regression model is easy to understand; a change in the predictors has a linear impact on the predicted outcome, but real-world relationships are rarely linear. However, a more complex ‘deep learning’ model uses ‘artificial neural networks’ to make more accurate predictions that may not be explainable. Sophisticated users of machine learning may be willing to trade off lower, but acceptable, accuracy for increased explicability to stakeholders.

Nous’ practice uniquely combines analytics, design and public policy to improve outcomes for citizens. Get in touch to discuss how you can effectively apply machine learning to implement public policy. 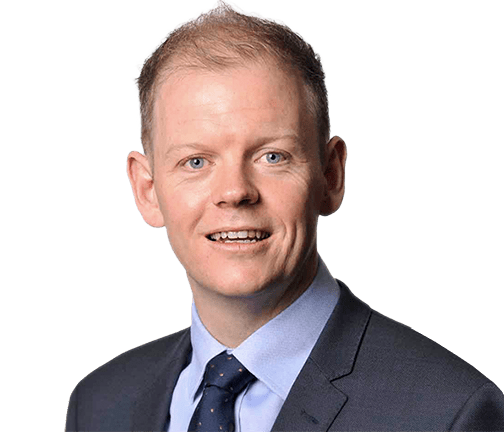 Chief Data Scientist
David is an education sector and data analytics expert who has worked with leaders from universities and state education departments on strategic challenges and transformation.
LATEST INSIGHTS
VIEW ALL

Team drinks and trivia? Going beyond token efforts is essential to make hybrid working work for everyone
David Goullet , Melanie Coupe ,
FULL INSIGHT
An insurance claim so smooth customers tell their friends about it? Digital tech can make it happen
Paurush Singh ,
FULL INSIGHT
From crisis, opportunity: Building the health workforce we need
Paul Eleftheriou ,
FULL INSIGHT
Net zero will be a huge task – but it is also an achievable one
Richard Bolt ,
FULL INSIGHT
Inside a government data agency’s transformation
Andrew Benoy , Tessa Dehring , Ari Sharp ,
FULL INSIGHT
Are you ready to truly co-design? Here are the key things to consider
Trisha Santhanam ,
FULL INSIGHT
1 2 3 … 40 Next »
© Nous Group