This is the final article in our series on Brexit: Governing through uncertainty. The first piece in the series was an introduction, the second piece was on aligning government priorities, structures and functions, and the third piece was on designing the right regulation.

Political uncertainty continues to define UK immigration policy. The Johnson government has announced changes to the post-Brexit immigration system that go beyond those in the May government’s December 2018 White Paper on Immigration. However, proposals for an Australian-style points-based system currently lack substantial detail about how they would operate in practice and what applicant qualities would attract the highest points totals. And discussions of new free movement relationships, such as between the UK and Australia, are even less developed.

The UK therefore needs an informed and constructive debate on immigration to develop a new immigration system which reflects both the UK’s strategic and economic priorities and the interests of the British people. The Australian experience, including but not limited to, the much cited Australian-style points-based immigration system highlights viable directions of travel to inform this debate.

Australia’s skills-based temporary migration programme – which includes both points-based and non-points-based elements – can provide particular insights for UK policy-makers. There is a general perception that Australia’s skilled migration system has served Australia well, enabling Australia to ease the skills constraint on economic growth without adversely impacting Australian workers or putting downward pressure on wages. Mimicking its successes and avoiding its limitations therefore provides a good starting point for discussions around the UK’s future immigration system.

Australia’s skilled migration system has distinct temporary and long-term skilled migration pathways, which somewhat mirror the UK’s tier 5 and tier 2 visa pathways for non-EU migrants. However, Australia’s skilled visa programme has been relatively more significant for the Australian economy than tier 5 and tier 2 migration pathways have been for the UK as only New Zealand citizens have access to an Australian equivalent of the EU’s freedom of movement.

Only Australia’s long-term skilled migration pathways uses the Australia-style points-based system; the temporary migration pathways rely instead on applicants having employer sponsorship, being willing to work outside the major cities, and having recognised skills in an area where the government recognises a skills shortage.

Migration patterns and immigration policy have economy and society-wide impacts. The University College London (UCL) Centre for Global Higher Education Research suggests that Australia is on track to, or may have already, replaced the UK as the second most popular destination for international students.[3] This provides greater research funds to Australian institutions and boosts the Australian economy.

Many factors contribute to this, including Australian universities performing more strongly in international rankings, the falling Australian dollar, and Australia’s proximity to increasingly important Asian markets. However, Australia’s more generous settlement rights following higher education also play a role. Interestingly, migrants into Australia are concentrated at higher skilled occupation levels, with 55 per cent of points-based visa migrants and 46 per cent of employer-sponsored migrants employed as professionals or managers.[4]

The UK Government’s September 2019 announcement of a graduate route, including post-study work rights in the UK may change this pattern. However, this highlights the importance of considering immigration policy within multiple contexts.

Any system of regulation of the flow of goods and services, capital and human capital creates incentives and disincentives, and results in the inevitable optimisation of outcomes by both organisations and individuals – any system gets gamed. The challenge for policy makers is to ensure that the parameters they set lead to the desired behaviours to achieve the outcomes intended.

Fortunately, the importance of the skilled migration pathways has contributed to substantial policy interest in how to optimise skilled migration to best meet Australia’s needs. Indeed, different agencies and major think tanks have made over 40 reviews and amendments to Australia’s temporary migration program. The findings of these reviews provide guidance on how system design can maximise the economic outcomes of skilled migration improve outcomes for the Australian community. 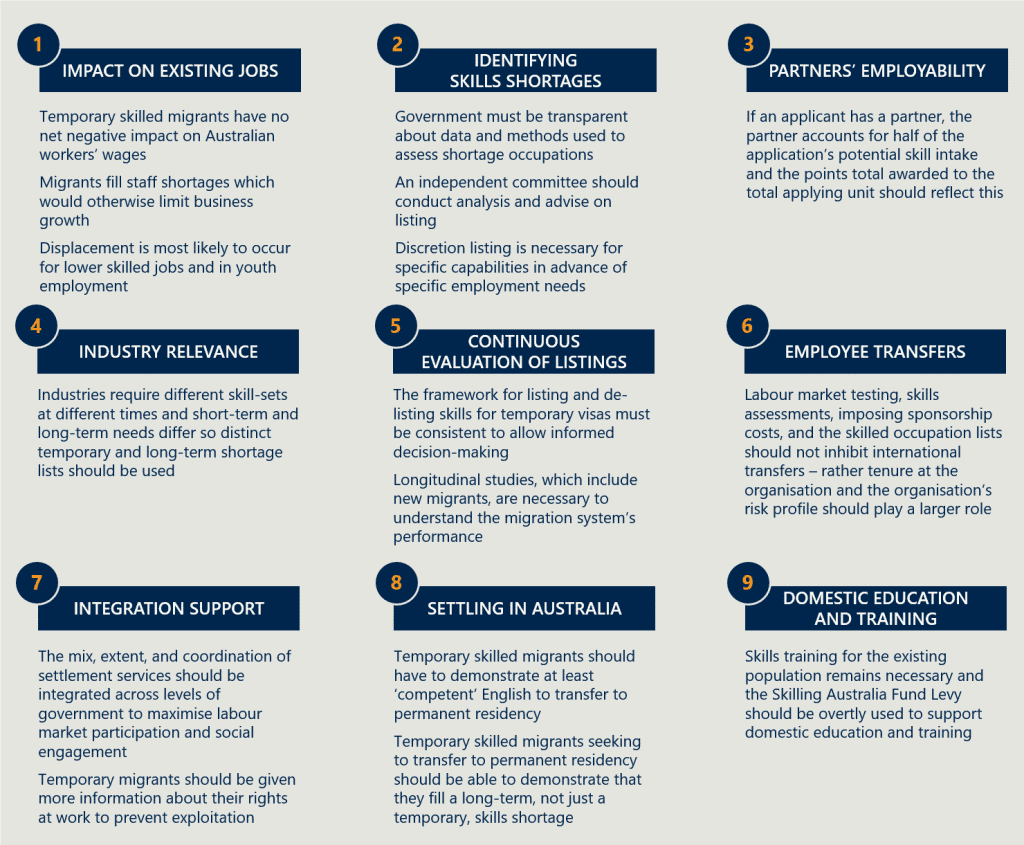 Ensuring that the temporary and permanent skilled migration pathways into the UK function appropriately and in line with community expectations will be particularly important post-Brexit. Where the primary reason for EU migration to the UK has been work, study has been the primary driver of non-EU migration. Any fall-off in EU migration for employment purposes will require either a stronger focus on training domestic capabilities – which will inevitably include a lag – or greater openness to temporary or permanent skills-based visas.

The use of temporary skilled migration programs has responded to and filled skills gaps, enabled skills transfers and derived economic benefits to host countries. Skilled migrant workers drive positive benefits across Australia’s industry sectors through increased productivity, innovation and knowledge spill overs. This cohort also has the potential to integrate effectively and contribute to the workforce, however, training and education systems are slow to react and often end up being countercyclical.

Economic analysis has repeatedly emphasised the importance of temporary migration as a contributor to the Australian economy, as short-term immigration has become the biggest component of net overseas migration in Australia in recent years. Furthermore, the economic implications of temporary migration show no adverse impacts on displacement of Australian workers or wage rates and working conditions, despite popular belief.

In fact, recent findings from the Bankwest Curtin Economics Centre suggest that a greater share of migrant workers leads to increased full-time employment, more hours of work and higher wages among native workers.[6] This is due in part to safeguards put in place to prevent these from occurring.

Reviews of Australia’s skilled migration programme identify lessons in designing a system that would maximise economic benefit to the United Kingdom in a post-Brexit world. The programme must be agile and responsive to skill shortages, so that temporary skilled migration schemes meet industry needs in a timely and accurate manner – performance against which should be continuously evaluated.

Aligning programme entry requirements would help to ensure that candidates being integrated into the system are offering the greatest economic benefit being young, highly skilled migrants (including secondary applicants). A strong system must not also forget the importance of settlement outcomes in establishing a skilled migration programme that supports workers and allows them to be integrated effectively into the workforce. As a result, implementation issues are critical, as they provide a pathway to permanent migration through the programme.

You can read our full series on lessons for the UK on governing through uncertainty.

Get in touch to discuss how Nous can help your organisation deliver high quality public policy.

[3] Marginson, S, The UK in the global student market: second place for how much longer?, Centre for Global Higher Education, July 2018 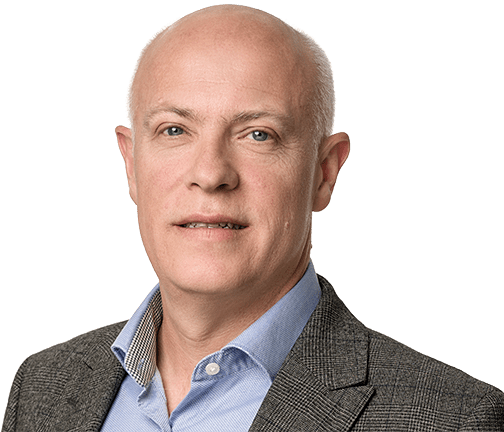