Innovation in the NHS a question of culture and systems

The National Health Service is a national icon and a beacon of public provision, its success delivering the UK a free and universal service acknowledged worldwide. But the tsunami of patient demand and the rising cost of delivering healthcare already overwhelms supply.

There are plenty of innovative ideas to drive efficiency and improve health outcomes. But is the NHS innovating fast enough? Could more be done to embed, disseminate and scale current innovation, let alone the pipeline of new ideas?

On April 24, the Australia-UK Chamber of Commerce and Nous Group co-hosted a roundtable with Professor Sir Malcolm Grant, former Chair of NHS England. It was attended by representatives from influential health and digital organisations, including Great Ormond Street Hospital, the Commonwealth Centre for Digital Health, and Lantum, a platform that uses artificial intelligence to automate clinical rotas.

The roundtable focused on innovation in healthcare. This article captures some of the key points from the discussion, including Sir Malcolm’s contribution on how innovation can improve the NHS’s performance.

Innovation in healthcare could be the silver bullet

Sir Malcolm opened the roundtable by describing the problem that innovation must help to solve: increasing patient demand, driven in part by an ageing population, has created a “steep cost curve”, with which funding has struggled to keep pace. Matthew Shaw, CEO of Great Ormond Street Hospital, called this a “funding crisis” that could be helped by innovation, particularly to overcome workforce challenges.

Meanwhile, several factors mean solutions appear tantalisingly possible. Rapid advances in medical science, particularly in genomics and proteomics (the study of proteins in our bodies), allow earlier detection and more personalised treatment. What Sir Malcolm described as a “colossal global market” of healthcare technology has emerged, and with it a plethora of devices and software that aim to make healthcare delivery better and more efficient.

In recent years, significant advances in computing and analytics have allowed healthcare workers to make better use of patient data and to better measure population health outcomes. This could reduce the demand on hospitals by targeting and preventing population health problems at their cause.

Innovation is not just about devices and software. New models of care have been shown to improve outcomes for patients and drive efficiencies in delivery. Case studies including redefining roles so more healthcare workers can carry out routine tests, introducing a six-week group exercise programme for people with osteoarthritis, and changing a diagnostic pathway for early detection of liver disease are all innovations using existing technology and tools.

Innovation can also improve the patient experience. Zac Ashkanasy, a principal at Nous Group, told the roundtable an anecdote.

“I spent a week travelling for work and could do almost everything – arrange meetings, speak to colleagues, book taxis and restaurants – on my mobile phone,” he said. “When I returned home, I found the only thing I could not do on my mobile was attend an appointment with a medical specialist. I needed to bring a printed letter that had been sent to my home address.”

Zac’s experience shows that even without supply-side pressure to innovate, the NHS should continue to innovate to meet changing patient demands. Telehealth services such as GP at Hand, which allows patients to speak with an NHS GP on their smartphone, are signs of a move in this direction, but there is a long way to go.

Clearly there are many innovative ideas to improve the performance of the health system. So why does the NHS lag other organisations in the scale and speed of innovation? Too often, when innovations are introduced to the NHS, they hit a brick wall.

Barriers to innovation were discussed at the roundtable:

Roundtable participants also discussed several risks associated with innovation; as Sir Malcolm noted, “a machine cannot hold a patient’s hand in his or her final hours”. As we entrust more clinical tasks to computers, we must be careful to preserve the sanctity of the patient-practitioner relationship.

Clinical security and the privacy are vital, particularly when analysis of large volumes of patient data underpins many innovative treatments. We need to be wary of the ‘black box’ effect in artificial intelligence, where clinicians are unable to unpick the decisions made by algorithms, or poor decisions are made on based on biased or incomplete data. Sir Malcolm said there is a risk of “innovating for innovation’s sake”, arguing innovation should “significantly shift the dial” for it to be worthwhile.

It’s not that we are not trying…

Recent policy initiatives offer promising signs of a shift in thinking around innovation. The Accelerated Access Collaborative will make it easier to introduce transformative products into the NHS. The NHS Innovation Accelerator has already succeeded at accelerating the uptake of innovations, by mentoring and supporting specific innovators in the NHS.

The Academic Health Science Networks connect the NHS with academics, industry and the public to spread innovation and replicate innovative approaches in different clinical contexts. Sir Malcolm said that these networks, established under his leadership of the NHSE board, were just the beginning of a much-needed programme of work to better facilitate innovation through connections between researchers and industry, and the NHS.

There have been promising attempts to establish a regulatory framework for AI in healthcare, spearheaded by the World Health Organisation and the Lancet. Roundtable participants referred to this work, noting we should look to thought-leaders like these to guide us through the “brave new world” of AI and machine learning.

We know radical change is possible, because we have seen it before. Significant innovations like antibiotics and anaesthetics transformed healthcare in previous centuries. The post-war establishment of the NHS was itself a major innovation in healthcare delivery. Zac asked the roundtable, could digital-age innovation similarly transform healthcare in the 21st century?

Roundtable participants broadly agreed we already have the tools to create a step-change in the UK health system. Sir Malcolm said we are at a “tipping point”, where we have access to innovation that can transform healthcare delivery but are still creating the culture and structures in the NHS to support it.

Sir Malcolm closed the roundtable by emphasising that innovation should not focus on “London’s shiniest hospitals” but instead on disadvantaged parts of the NHS that are most in need. He said that if innovative tools, software and approaches are successful in these challenging contexts, they have a high chance of succeeding across the system.

Nous thanks the Australia-UK Chamber of Commerce for co-hosting this event, Sir Malcolm Grant for sharing his time and expertise, and all our guests for their contribution.

Get in touch to discuss how we can help your organisation embrace healthcare innovation. 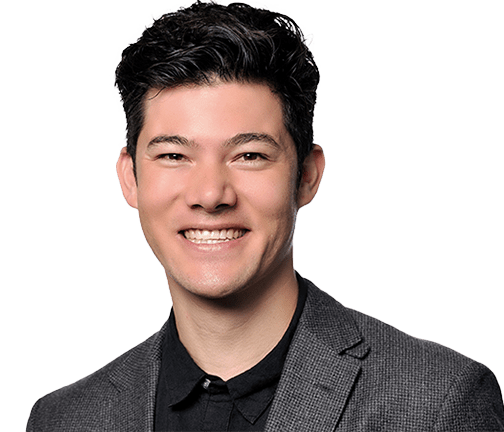 Director
Jamie has extensive experience leading strategy and policy projects in an in-house capacity and as a consultant.
LATEST INSIGHTS
VIEW ALL