How to capitalise on MOG changes to achieve deeper reform

When the Prime Minister announced sweeping Machinery of Government changes last December, you could hear the groans across Canberra. With 18 departments shrunk to 14 from the start of February, many people were asking “why…again??!”.

Feelings of scepticism and frustration are understandable. Long-serving public servants have gone through many rounds of MOG changes, and yet would struggle to identify any enduring benefits. The promise of the profound changes that MOGs are intended to deliver are rarely (if ever) fulfilled.

It is true that structural change can be a useful circuit-breaker, allowing fresh perspectives on an old problem. It can surface new or different capabilities, or create more effective governance and accountability arrangements. It can also promote new connections and relationships that spawn innovation.

But precisely because ‘MOGs’ have become commonplace, their impact is weakened. Why invest in something that is likely to be short-lived? Why see a MOG as anything more than ‘rearranging the furniture’? Why rally around a new mission, institution or strategy?

The Prime Minister has clearly positioned the MOG changes in the context of promoting a strong service delivery focus by the Australian Public Service. They complement the “Delivering for Australians” reform agenda, released in response to David Thodey’s APS Review, which calls for action to bust bureaucratic congestion, bring citizens closer to government and create a more responsive, accountable and service-oriented system.

This focus on service delivery – with emphasis on both service and delivery – represents an important shift for the Australian Government, which (Centrelink aside) has traditionally seen itself as a centre of excellence for policy advice. It is a critical and timely shift, given the:

The challenge facing APS leaders is how to leverage the new administrative structures to improve the experience of citizens in their use of Australian Government services.

With that goal in mind, here are four things for leaders to think about as they implement the new structures.

Excessive layers of oversight stifle organisational agility and de-motivate staff. Too much effort is invested in accounting for all risks, in allowing people to put their stamp on something, or in achieving perfection when ‘good’ would suffice. Public servants lament the era when the head of a section needed to sign off on advice to a secretary. The challenge is not simply to push responsibility down the line, but to open up internal processes to become truly collaborative.

This means, for example:

Such approaches challenge rigid hierarchies and traditional, sequential processes of designing policies or programs. They create more productive power dynamics, deliver workable and innovative outputs more efficiently, and give genuine force to the principles of diversity.

MOG changes can trigger protracted negotiations over redeployment of people and resources, all based on what resources were previously aligned with the function. But given the government is signalling a change in priorities, it makes sense to adopt a first-principles approach to assigning resources. In practice, this means determining whether the function ought to continue at all, what resourcing that function requires and how the function can be performed most cost-effectively.

Nous put this thinking into practice over several years in our work on functional and efficiency reviews of Australian Government agencies and portfolios. This work showed the value of exploring more deeply the outcomes that government was seeking, the role of government and of the agency in delivering those outcomes, and the most effective levers to use in achieving those outcomes. Only then did we consider what this meant for functional alignment, capability needs and the efficient allocation of resources.

Shifting functions to a new home without a more rigorous examination is likely to produce more of the same.

People in positions of responsibility need to be supported to provide clear-sighted, evidence-based advice (without spin) that identifies risks to desired outcomes. This sounds simple but is deeply challenging for a system that tacitly rewards those who keep problems at bay, provide short-term fixes or avoid exposing flaws in programme design or delivery that can be traced back to the sponsoring authorities.

This is not a criticism of all public servants; indeed, the emergency services and armed services show clear delegation, data-driven decision-making and tight accountability. But an unfortunate by-product of the mainstream context is that accountabilities can be blurred, and the imperative to obfuscate, delay or deflect can prove irresistible.

“Delivering for Australians” says a lot about accountabilities and rightly so, for good governance and oversight is key. The best private and public sector boards expect senior executives to report truthfully and promptly what is going on. The boards themselves engage with that information rather than shoot the messenger. While the authorising environment for public servants operating outside board structures is more complex, these same principles should be stated, affirmed, enforced and modelled.

A new structure enables a reset of governance, including accountabilities and key performance indicators, and of the expectations that leaders have of their direct reports.

4. Nurture a positive culture and mindsets

No significant reform can succeed without an enabling culture – where the values and behaviours that are promoted, modelled. rewarded and embedded align fully with the organisation’s goals. In addition to frustration and cynicism, MOGs can generate anger and fear among departmental staff. Such emotions can be directed in positive and negative ways. As noted in a recent article on public sector innovation, how those emotions are channelled manifests in the outcomes that organisations produce.[1]

This highlights the very real opportunity to use the post-MOG structures to fully re-evaluate what a service delivery culture means, articulate what it looks like in practice, and develop a clear plan for how to build and maintain it.

The four considerations for leaders must be considered in concert, for tackling just one will not produce the deep-seated shift required. Together they are critical to meeting the Government’s expectations of improved services to the community.

Public servants will benefit, too, from an environment that is more motivating and engaging. Meanwhile, the Government reaps a return in higher levels of productivity, reduced pressure on budgets, restored public trust and, maybe, fewer MOGs!

Get in touch to discuss how we can help your agency make the most of the MOG changes to produce a more profound, positive shift. 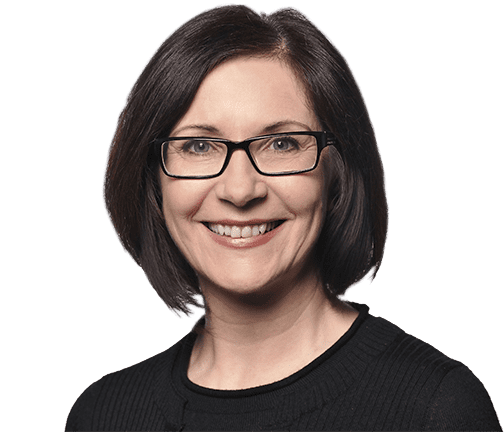 Principal
Tanya is a public administration and policy expert who brings extensive experience at senior levels in federal and state governments.
LATEST INSIGHTS
VIEW ALL