Transformations are always double somersaults; in the public sector they are doubles with pike and twist.

Transformations constitute substantial redirections – in strategy, operations, workforce, systems and culture. They typically touch every part of an organisation – horizontally and vertically.

Transformations deliver substantial value when done well. But they are always difficult: a double somersault that many fail.

Transformations in the public sector face added complexities: complex government and stakeholder agendas, increased customer expectations due to their relationship with government, and the character and industrial arrangements of staff. All in all, a double somersault with pike and twist.

In Nous’ experience there are three drivers of transformation in the public sector:

Nous has identified three components, common to every successful public sector transformation, that are crucial to success:

Nous hosted senior leaders from across government and other organisations to explore the challenges of transformation in the public sector. The insights from this discussion are shared below, but are the responsibility of Nous.

Transformations in the public sector require a big idea and a compelling story to motivate and mobilise people and resources. The transformation goal must be substantial or it won’t achieve a step change. It is also important to ‘think big’; to target major changes, cut across the whole service system or create an entirely new entity.

A compelling idea that taps into key values

In all transformations, it is critical to tap into the core values of staff in a way that aligns to the organisation’s mission. Dramatic improvement in citizen outcomes is at the heart of good government and good public policy. Therefore, a big idea – stated simply – around improved services to citizens is likely to engage and align agency staff. There can be other big ideas, such as a shift to move from growing irrelevance to policy and funding importance.

An ambitious goal that drives innovation

The transformation goal must be substantial: one that is worth the investment of effort: think of 30%, not 5%, improvement. A 5% change should be a day to day expectation where people ask themselves, “How can I do this more efficiently?” A 30% change forces a real break from how things are currently done.

System level thinking that extends beyond the organisation

In some instances, change will demand the creation of a new entity not beholden to the constraints and priorities of existing organisations. Service NSW is one such recent example.

Successful transformations in the public sector are driven hard and require relentless leadership focus. Weaknesses must be tackled early and must move quickly, but with a horizon that extends beyond the term of a particular government or leader. All leaders must prioritise the transformation. Difficult decisions, made early, can quickly address fundamental weaknesses, rather than allow these to cripple change efforts.

Don’t start a transformation process unless leaders have the energy, courage and determination to see it through. The transformation must take priority, reflected in being the focus of regular executive meetings and the resources allocated to it.

Acknowledge and tackle issues from the beginning – they are often the people issues – leadership capability, cultural issues and specific skillsets like financial acumen. Identification and management of these weaknesses will ensure the fundamental enablers are in place to facilitate and accelerate the transformation.

Move quickly within the political cycle

Public sector agencies operate within a political cycle that can limit the scope of what can be achieved. To succeed, transformations need rapid movement early in the political cycle.

Prioritise fast, rather than wait for it to be perfectly executed. Take action to gain momentum. Consult at the right time for the right amount of time.

People want certainty about timing: time to plan and time to be heard. Ensure that the core of the transformation is well established within the cycle between elections. Nous has seen transformations stall as they failed to reach critical milestones on time.

The ‘3 Chiefs’ rule is a phrase coined by Tim Orton during Nous’ work with the Royal Australian Navy. It refers to the rule that successful transformation must also run beyond the term of government and the current leader. In this case, Navy recognised for their transformation to succeed it needed to be championed and embedded by three successive Chiefs of Navy. Your term sets the foundation for the ‘transformation baton’ to be handed to the next leader and the next to deliver that ‘big idea’.

With a deft touch for political and people dynamics

A skilful approach to management of political and people dynamics is critical in public sector transformations. Anticipation and adjustment (adaptability) at the right times are essential from the perspective of Ministers, government and staff. Public sector executives must lead transformations in the face of heightened public scrutiny. Government information is public information.

Transformation efforts must take into account the authorising environment in which the agency operates. Engage early with the Minister and government to address concerns and hesitations. Build confidence that key stakeholders will be well managed. Anticipate the regulatory environment and plan for early and ongoing engagement with regulatory bodies.

Lift out of the engagement dip

Staff almost always slide into an inevitable engagement dip when you embark on a transformation. Indeed, in many cases, we have found that engagement and climate are already low. In leading transformation, do not allow “unresolved grief” to linger. Act on it: energise those who remain. People can deal with change if they can see what the change will deliver and what it means for them. Demonstrate early progress to staff and aim for targeted and ongoing two-way communication.

Get in touch to learn more about Nous’ experience in transformation and implementation in the public sector. 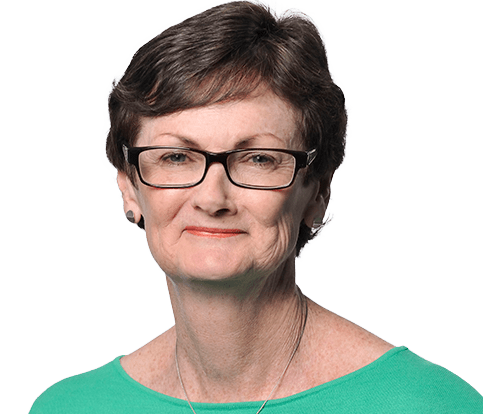