Nous Principal and international affairs commentator Anthony Bubalo has launched the latest Lowy Institute Paper, published by Penguin-Random House, Remaking the Middle East: How a Troubled Region May Save Itself.

The Middle East is experiencing a period of concentrated turmoil unlike anything since the end of the Second World War. Uprisings, coups, and wars have seen governments overthrown, hundreds of thousands killed, and millions displaced.

In his book, Anthony argues that the current tumult is the result of the decay over decades of the nizam – the system under which most states in the region are ruled. But amid the ferment and violence there are also “green shoots” of positive change that are also emerging that could remake the Middle East in ways that are more inclusive, more democratic, less corrupt, and less violent.

Anthony has worked on the Middle East for more than 25 years as a diplomat, intelligence analyst, and researcher. He has lived in Egypt, Saudi Arabia, and Israel. He led the Lowy Institute’s Middle East research for 14 years, and regularly comments on Middle Eastern politics and global affairs in the Australian and international media.

Anthony joined Nous in April 2018 as a principal working primarily in public policy with a focus on the defence & security sector. 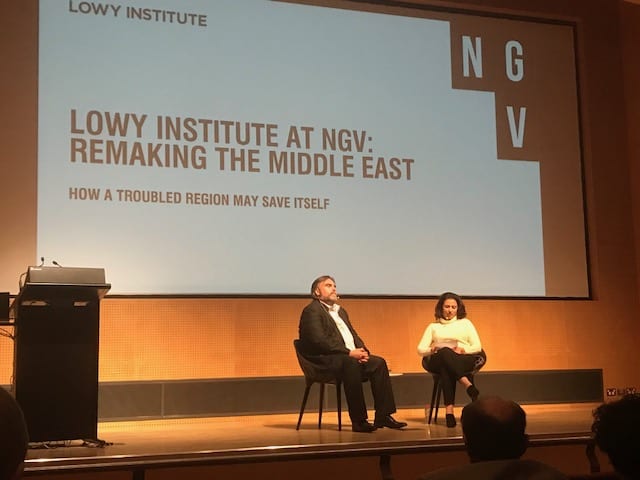