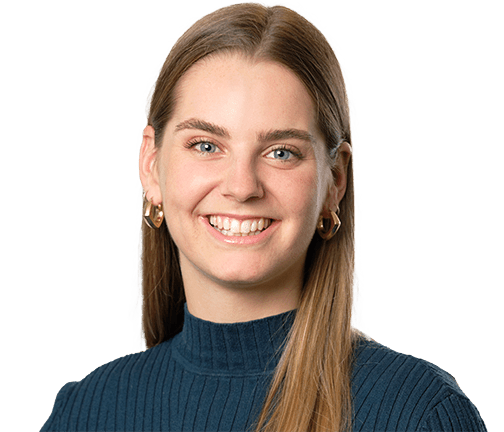 Olivia’s professional experience spans the not-for-profit, consulting and aquatics industries, giving her a unique perspective when solving problems. With an educational background in marketing, finance and French, Olivia excels analytically and creatively.

She provides high-quality and impactful outcomes for her clients and is passionate about making a positive contribution to the world.

Prior to Nous, Olivia led operations at a large swim school in south-east Melbourne. She volunteered with international pro-bono consulting organisation 180 Degrees Consulting and the Culture Bridge Institute, a student-run think-tank informing Australian universities on cross-cultural issues. Driven by her passion for education, she was also an ambassador for One Girl, a not-for-profit focussing on women’s education in Sierra Leone and Uganda.

Olivia holds a Bachelor of Commerce (Marketing/Finance) and Diploma in Languages (French) from the University of Melbourne. During her studies she also spent three years on the committee for the Melbourne University Ski Club, including as treasurer in her final year.

In her spare time...

Olivia is a keen traveller with a love for live music and skiing. She also enjoys attempting cryptic crosswords and is currently learning to surf (with mixed results).