The debate over whether we should decarbonise may finally be ending. Today’s big questions are how to achieve net zero by 2050, and what will be the fate of our fossil fuel exports as the rest of the world decarbonises? We set up the Net Zero Australia project to help answer these questions.

An immense amount of new infrastructure will be needed, and must be built at a breathtaking speed. Our use of land and sea will undergo extensive change. We will also have to convert to increasingly electric and efficient vehicles, appliances and industries at an unprecedented speed and scale.

Perhaps 200,000 more jobs would be needed to decarbonise our supply and use of domestic energy. Those workers would build and operate wind and solar farms clustered around our capital cities, transmission powerlines and pipelines, and hydrogen-fired gas turbines and batteries to “firm” the grid.

The debate over whether we should decarbonise may finally be ending. Today’s big questions are how to achieve net zero by 2050, and what will be the fate of our fossil fuel exports as the rest of the world decarbonises?

Some Australians argue that renewables, batteries and green hydrogen are the only sustainable energy sources, and their costs will plummet. Some believe we need to keep using fossil fuels, with carbon capture and storage (CCS) or offsets, to balance fluctuations in renewable supplies. Others say we should embrace nuclear as the only zero-emissions source of reliable power.

These views are often passionately held but have not been thoroughly tested. Targets are being set for emission cuts, renewable rollouts and green exports without a comprehensive analysis of their impacts on emissions, costs, and the use of land.

We set up the Net Zero Australia project to help address this gap, by using cutting-edge modelling to analyse several net zero scenarios which reflect the boundaries of the Australian debate. One scenario allows only renewables by 2050. Another constrains the rate at which renewables are built to several times today’s level. The electrification of energy use is rapid in most scenarios and slower in one. CCS is constrained in most scenarios, but the national cap we have adopted is higher than today’s global rate of CCS.

We have made our large book of assumptions fully transparent and publicly available at http://www.netzeroaustralia.net.au. We have built in real-world constraints on siting infrastructure in populated areas, native title lands, irrigated farmland, national parks, defence land, and elsewhere.

Our modelling engine chooses the lowest-cost technology pathways that reach net zero within those constraints. And it maps where new infrastructure might be built on the Australian landscape.

Our results are not forecasts, because the future will be what Australia makes it. But they are valuable illustrations of what could happen. All our scenarios suggest that renewables will be the dominant energy source. An immense amount of new infrastructure will be needed, and must be built at a breathtaking speed. Our use of land and sea will undergo extensive change. We will also have to convert to increasingly electric and efficient vehicles, appliances and industries at an unprecedented speed and scale.

For example, reaching net zero domestic emissions will require the installation by 2030 of about three times the production capacity of today’s National Electricity Market (NEM). To fully decarbonise domestic and export emissions will take far more NEMs. Our analysis also suggests that we can substantially lower emissions from agriculture and forestry, but not enough to supply offsets to energy, transport and industry.

To export clean energy at the same rate as we now do with fossil fuels may require several Tasmania-sized solar hubs across the north of the country, to produce hydrogen using desalinated seawater. A workforce of nearly 1 million would be needed in those regions, which would result in a population increase that is several times greater.

Perhaps 200,000 more jobs would be needed to decarbonise our supply and use of domestic energy. Those workers would build and operate wind and solar farms clustered around our capital cities, transmission powerlines and pipelines, and hydrogen-fired gas turbines and batteries to “firm” the grid. They would improve the energy efficiency of our buildings, install clean appliances such as heat pumps, and maintain electric and hydrogen vehicles.

Households, landowners, communities and industries will need to be engaged and assisted to gain their support for the transformation. The traditional lands of First Nations are among the most suitable for making green power and hydrogen. Many farmers will host wind and solar farms, power lines, pipelines and plantations – and will also have to change their production systems and machinery. Households will need to change their vehicles, heaters and building shells over the next 25 years. Industries will need to change production systems. Some regional communities will lose foundation industries, and others will face pressures from rapid population growth.

As fast and large as the transition will need to be, it is practically achievable. A large capital investment is required, but the cost of energy services need not increase as a share of our economy. But we will need to profoundly change the way we are going about decarbonisation. The approval, financing and construction of clean infrastructure will need to be greatly accelerated.

Decarbonisation would also bring large benefits. We would reduce the price and supply shocks that come from disruptions to global oil supplies. By adopting clean technologies early, we will avoid being caught out as the overseas production of conventional technologies (such as petrol vehicles) winds down. Above all, we would support a global transformation that will help avoid the economic and social costs of unabated climate change.

Net zero is therefore both an immense challenge and a once-in-a-generation, globally significant and nation-building opportunity.

First published in the Australian Financial Review on 24 August 2022. 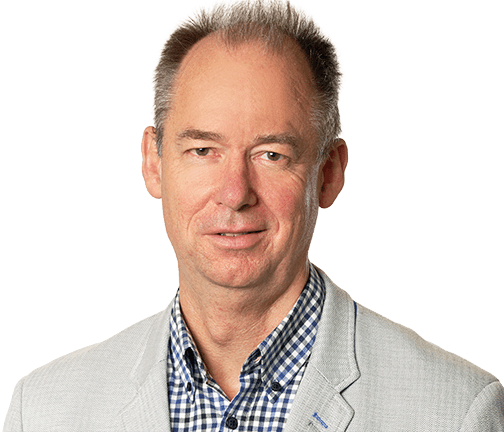